Beverly has been acting professionally  since graduating from the Boston Conservatory of Music (now formally merged with Berklee School of Music). Click the picture to see her productions.

Beverly has been directing children's musical theatre productions for the past 13 years. Click the picture to see some of her work.

Beverly sang at a friend's 1st grade talent show birthday party, and that got her hooked. She quartets with the Music Companie and Jazz and All That. Click the picture to see more of what she does. 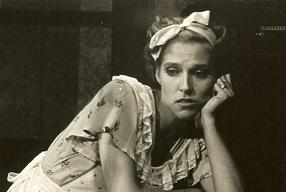 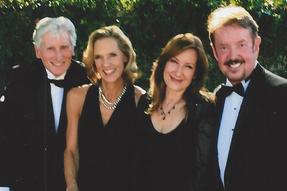 I recently wrapped as a dancer in a yet-to-air Netflix series, "Ratched." Prior to that, I danced in Sia's yet-to-be-released musical feature film, "Music," and I played tennis in the Roger Ailes film, "Bombshell," to be released in December 2019. I also filmed a spot in a festival film short, "Man Drops Dead," where I got to be a singing sheriff, and I will appear as a featured nun in the film "North Hollywood."

I currently work in several elementary school's after-school programs with Upstage Theatre Schools,  JAXX Theatricals and STAR Education, and depending on the day, I act as Director, Music Director, Choreographer, Assistant Director, Spotlight Operator or Magic Teacher. I am just completing a run of "Annie Jr. and Aladdin Kids." I music directed a middle school cast in "Hairspray Jr.," and I staged a few songs for the VNSO Women's Tennis League's Annual Musical.

I sing with the Bel Air Church choir, off and on, and have sung with them at the Hollywood Bowl/Easter, as well as with their Vocal Ensemble at the American Jewish University, in a concert with the AJU choir and the Jewish Symphony, "Journeys: From Darkness to Light."  I am singing alto with my new "Jazz & All That" quartet, and we have several gigs coming up in the next few months, and I am heading into my 25th year of a cappella caroling with "Music Companie"! 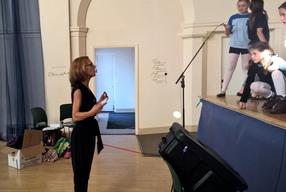