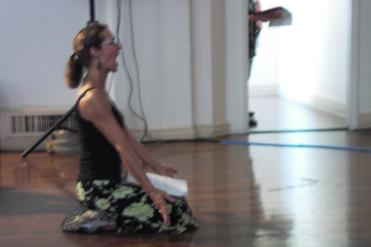 Beauty and the Beast Jr.

The Wizard of Oz

When I was very young, my parents were deeply involved in community theatre. They would cart me along to rehearsals, and I would sit in the back of the theater and hang out with the one or two other kids. And I would “play,” I am sure, but I was also always acutely aware of my surroundings. I absorbed the environment like a sponge. In the 2nd grade, I made my stage debut in a production of Finian’s Rainbow. I even had a name, Honey Lou. The children in the cast leapfrogged on stage, and were taken under the wing and mesmerized by the real-life magic of the actor playing Og the Leprechaun. I was hooked.

I saw every musical I could, live on stage, the movies, TV. My parents took me to see whatever live productions they could: ballet, theatre, music, all of it. My aunt would alert us to valuable PBS shows on TV. I sang whenever I could. As the years progressed, I did a lot of singing, acting and dance as well, and I went on to get a BFA degree in Musical Theatre from the Boston Conservatory of Music.

I was often thrown into unexpected positions, as happens in life. I had always felt I was generally “good” in everything.  I came to learn that my general abilities are what eventually led me to directing. I didn’t realize how it would all come together, even after being granted Honors Award Recognition in Directing at Boston Conservatory. I didn’t initially consider following that path, and pursued performing jobs primarily. It wasn’t until years later, when I observed a Children’s Musical Theatre program at my daughter’s school, that it all came full circle. I wanted to jump in and help, and I especially wanted to fix the parts I saw as broken. When the teacher left, the following year, I saw an opening. I found that having been immersed in all the different aspects of theatre all my life brought me to directing the kids. I was then able to share what I realized was indeed expertise, and more importantly, passion, with fresh, new students of theatre.

Much of my knowledge of all facets of theatre was circumstantially honed. In high school, the musical director wasn't my biggest fan, so, being cast aside by him for lead parts, I chose to do stage crew and set design for the shows in lieu of being in the “chorus.” In transferring from Colorado College to Boston Conservatory, I had to make up two years of dance credits in my junior year. So, I became not merely able to dance, but, a dancer. I was forced to take tap. I hated it, cried for the first two weeks. Then earned the lion’s share of my performing income in NY as…a tap dancer. I had to pay my way through college by doing work study. My ability to sew put me into the position of seamstress for the theatre and opera costumes, and I made money doing the box office for all shows at BCM.

I learned about every angle of theatre by chance and necessity. That is why becoming a director made sense. I was called upon to teach the kids music, I was able to lead them on how to present a solo, I had a strong sense of how to stage them creatively, especially using limited resources, and I loved the opportunity to choreograph, costume, encourage and give them confidence. For the past 15 years, I have staged over thirty children’s musicals. It has given me great joy, satisfaction, and pride, and will do so in the future.

​​​​Beverly's experience as a performer led her to directing, where she’s found a home directing children’s musicals. Beverly is dedicated to sharing her passion for the art form with her students, working tirelessly in all areas, choreographing, musical directing, staging, acting/character work, costuming, sets, props, and choosing the right vehicle to match the talent at hand. Beverly co-directed the after-school Musical Theatre program (2006-2015) at St. Paul the Apostle School. Since 2013, she's taught Musical Theatre (and Magic!) with STAR Education. In 2015, she Music Directed Act-1 Academy for Children's Theatre's productions of Grease. She worked for a few years with Creative Kids Youth Theatre Project in West LA, where she assistant directed, and did some choreography and sound work, as well. In 2016, she cleaned up choreography for JAXX Theatricals summer conservatory production of Peter Pan, and then went on to work for a few seasons, as Assistant Director, Music Director, Dance Teacher and Choreographer, and Director cover, as well as Wardrobe and House Manager/Concessions. She continues to work for STAR, and a few years ago started up with Upstage Theatre Schools, directing and choreographing, as well. Directing credits are on the Contact/Resume page. 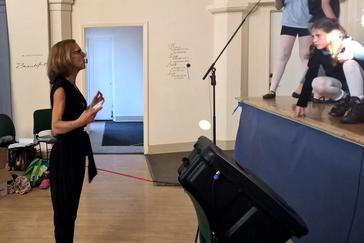